The Simulation Engine framework (SimEng) provides a modern cycle-accurate processor simulator, with aims to be:

The purpose of SimEng is to provide an alternative to the existing industry standard, gem5, by placing an emphasis on performance and scalability from the start, and maintaining a clean, modern, and well-documented code base.

Under its current developed state, SimEng targets the ARMv8+SVE ISA with the ability to model up to out-of-order, superscalar, single-core processors and emulate a subset of system-level function calls. It supports statically compiled C binaries that run on real hardware and models memory as an infinite L1 cache.

The main component provided by the simulator is a discrete processor core model, a generic variant seen below, which accepts a clock signal and supports a memory access interface. A configuration file, YAML format, can be passed to the simulation to modify the core model and tuned to the specification of current or experimental hardware. Currently, SimEng has been configured to model a Marvell ThunderX2 and Fujitsu A64FX processor. 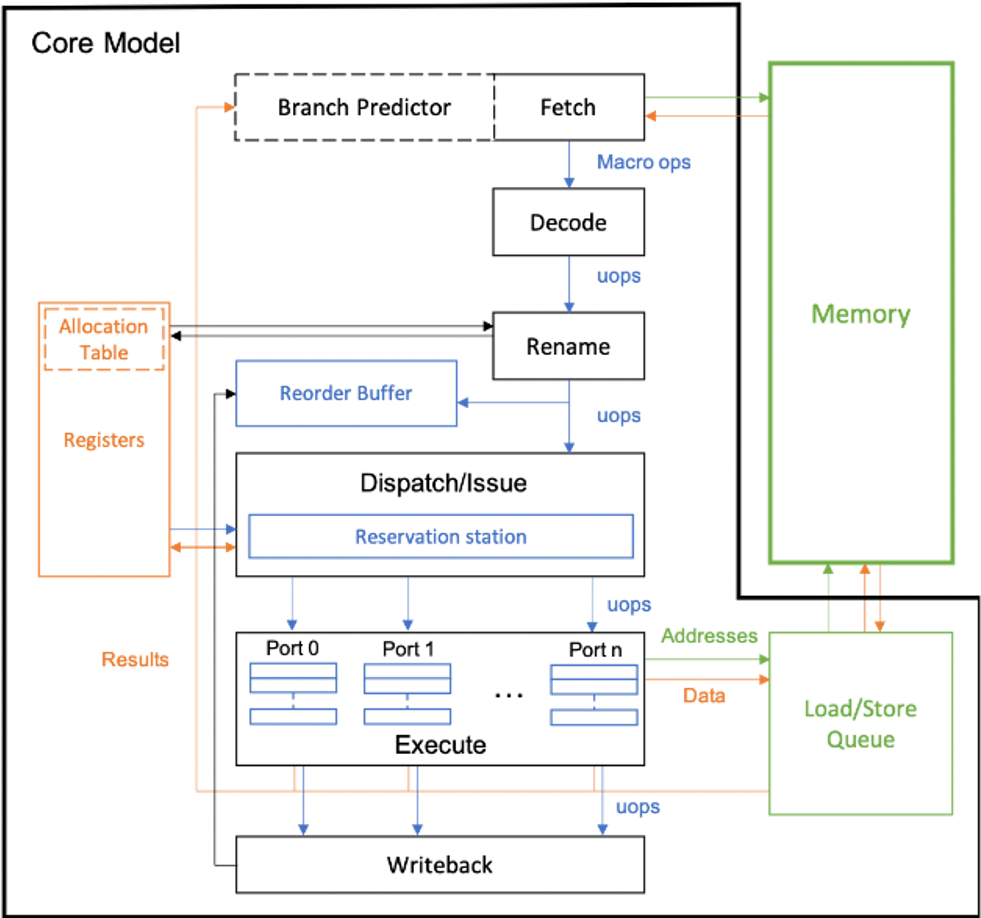 Additional documentation for SimEng can be found here.

SimEng has been presented by Professor Simon McIntosh-Smith at previous Workshop on Modeling & Simulation of Systems and Applications (ModSim) events:

SimEng is planned for open source release during summer 2021 under an Apache 2.0 license.

EPSRC ASiMoV project (Advanced Simulation and Modelling of Virtual systems) EP/S005072/1, Arm via a Centre of Excellence in HPC at University of Bristol