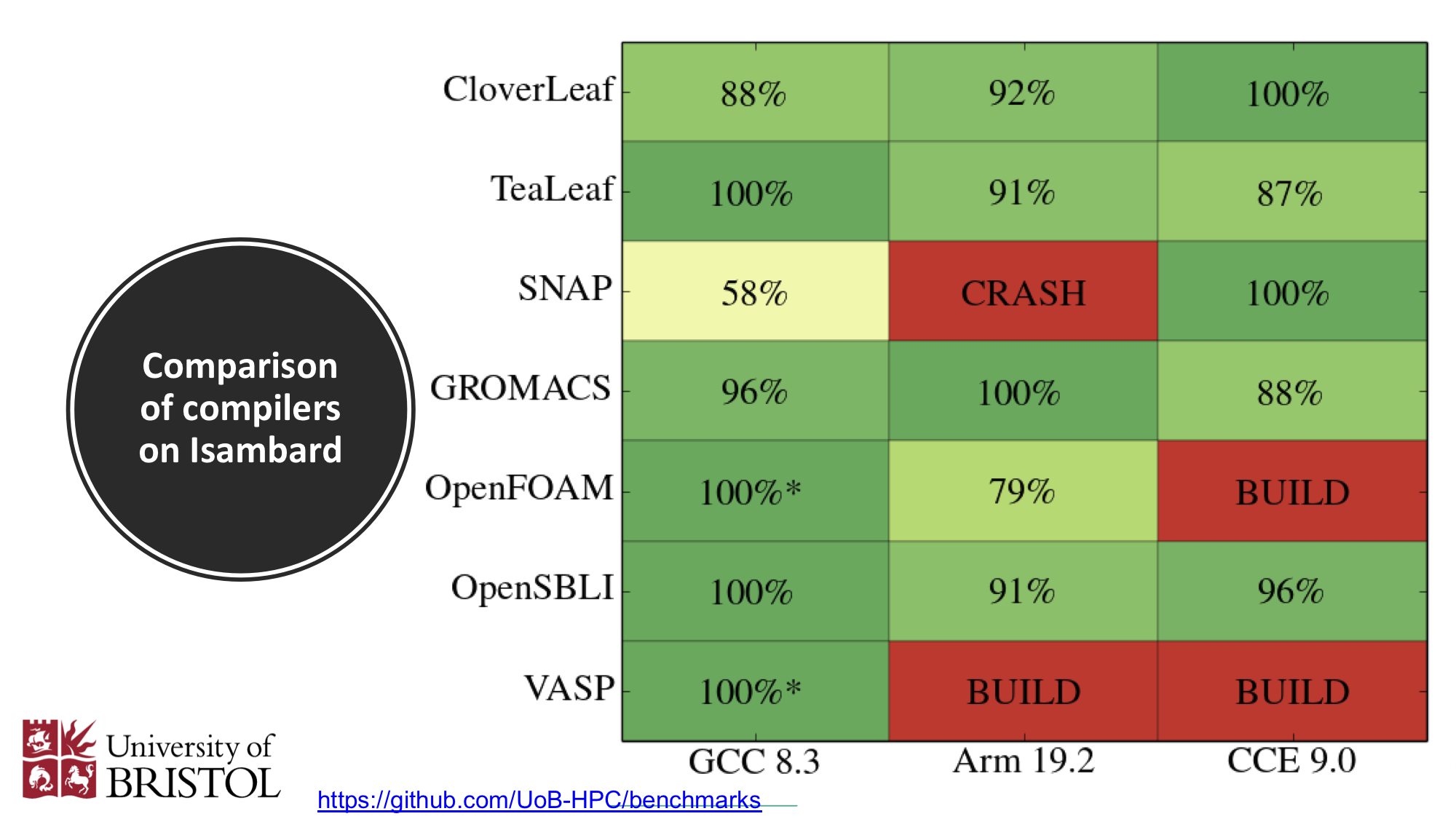 The full details of the experiments, such as the compilers used and test cases we tried, are detailed in the slides from the talk.

In the second talk, Andrei Poenaru shared results for generating Scalable Vector Extension (SVE) code for a set of HPC mini-apps. Andrei used SVE compilers from Cray (in alpha form), Arm and GNU to explore how many loops were successfully vectorised, and the resulting improvement in dynamic instruction counts. The research also explored the split between scalar, vector contiguous and vector gather/scatter instructions. 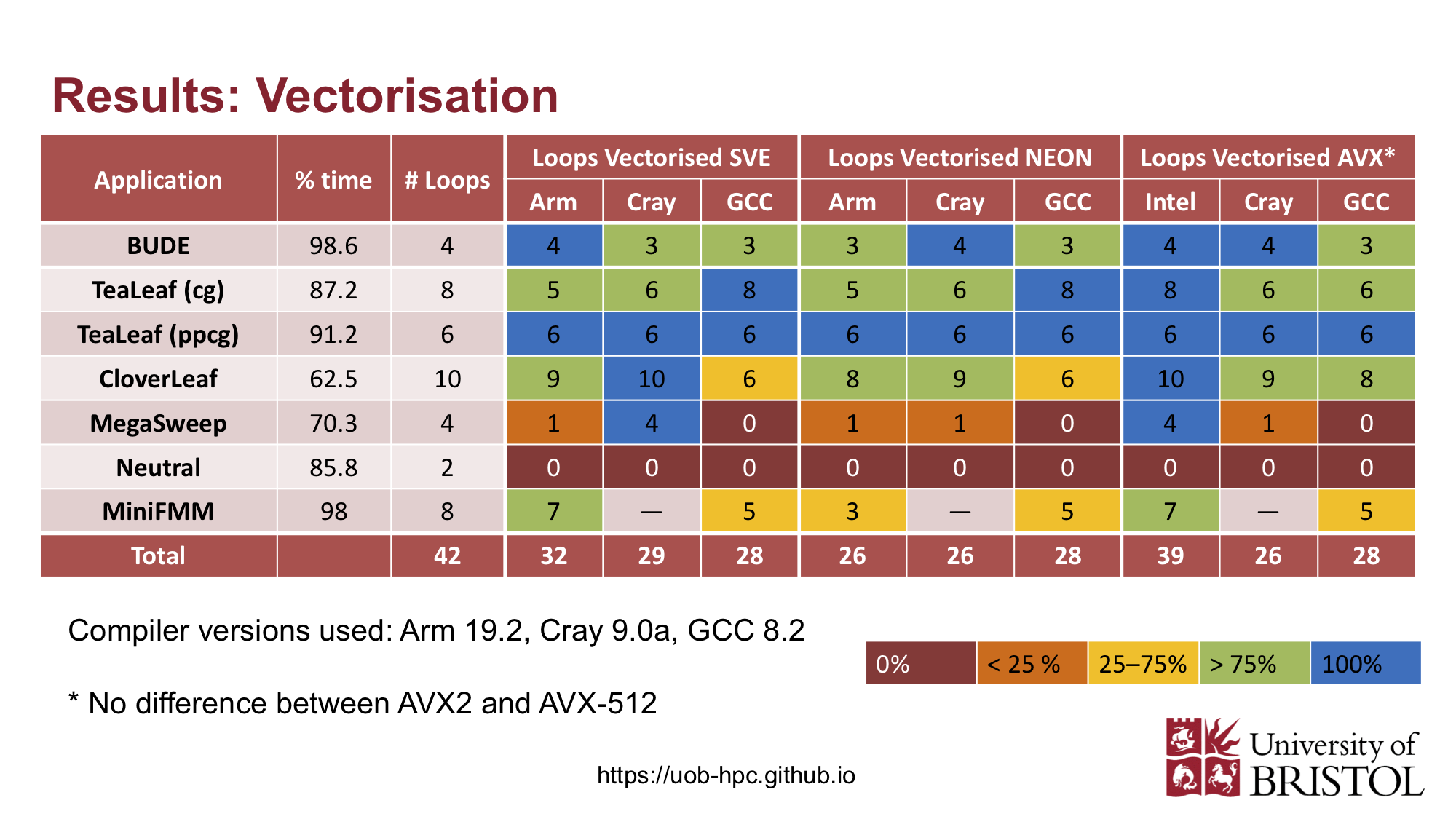 The full slides for Andrei’s SVE talk are also available from this website.